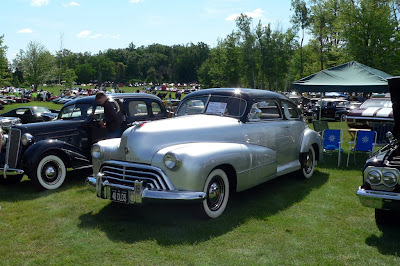 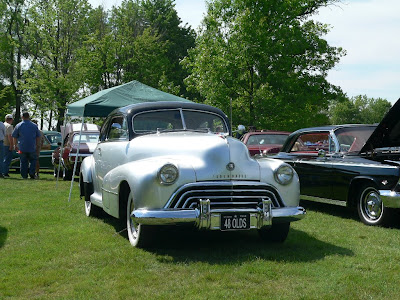 One of my favorite yearly car events is the huge show at the Fleetwood Farms Mansion on the outskirts of London Ontario, hosted by owner Steve Plunkett. Click here for more details. 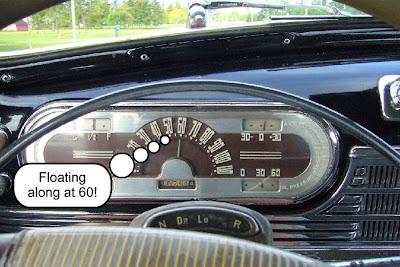 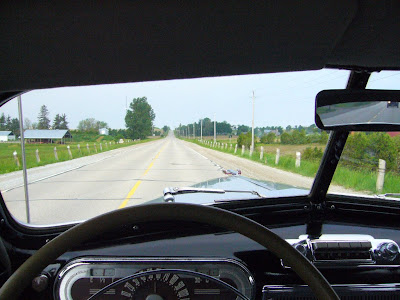 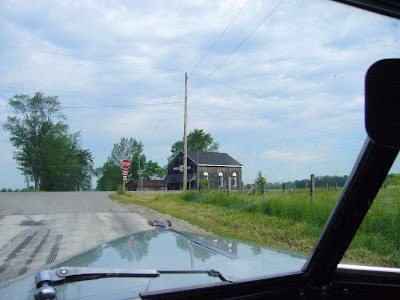 I love to cruise my 1948 Oldsmobile along listening to the radio tuned to an oldies station. I tell people the amazing tube radio only receives the classic old music of the past. 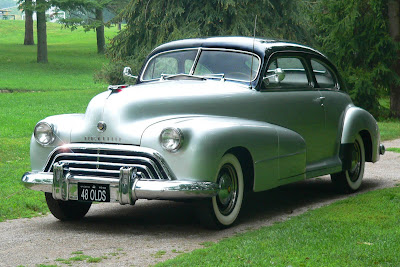 Sixty-three years old, this '48 Oldsmobile predates me by one year. I think it has more original parts still working than I do and it certainly has fewer wrinkles. I keep it over the winter in heated parking at our condo near Sarnia. I anxiously wait until all the salt in rinsed off the roads before I venture out. 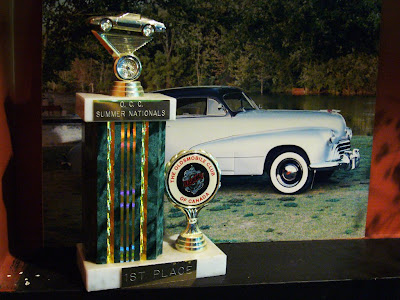 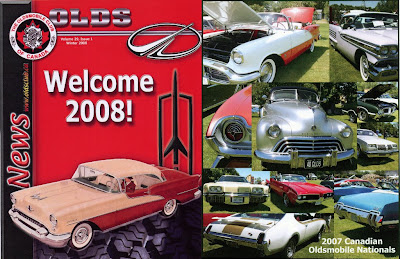 I love my Oldsmobile because of the unique period styling. Walt Disney had a Model 66 and his cartoon characters like Donald Duck sported a stylized cartoon version of the convertible model of this very car. (although I never realized it as a kid) The only time I’ve ever seen one almost exactly the same was when I drove mine over to the hundredth anniversary of Oldsmobile at back in 1997.

The post war models, were very popular and in high demand with a lot of them produced. The body sheet metal was shared by Chev and Pontiac. However since the grill was in such high demand by the custom car guys of the fifties, these cars disappeared relatively quickly from the vintage car market. Postwar examples such as this are becoming increasingly rare. 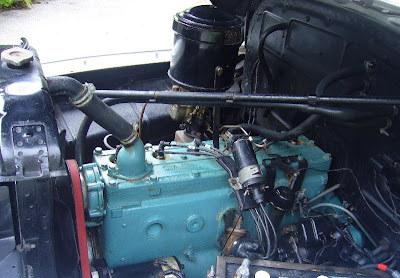 .
This Oldsmobile model 66 is equipped with a 4 speed Hydramatic automatic transmission coupled to a 238 cu. in. L-head 6 cylinder engine.  As a remarkable show of appreciation in the states, General Motors offered a new Oldsmobile equipped with the revolutionary Hydramatic automatic transmission free to any returning war amputee. This was the first automatic as we know them today, first produced in 1941. During the war, they were coupled with Cadillac engines and used in army tanks. The experience GM had with the military versions, gave them time to work out the bugs and this strong gear changer went on to be used in the Allison division in medium and heavy trucks. A strong transmission indeed! 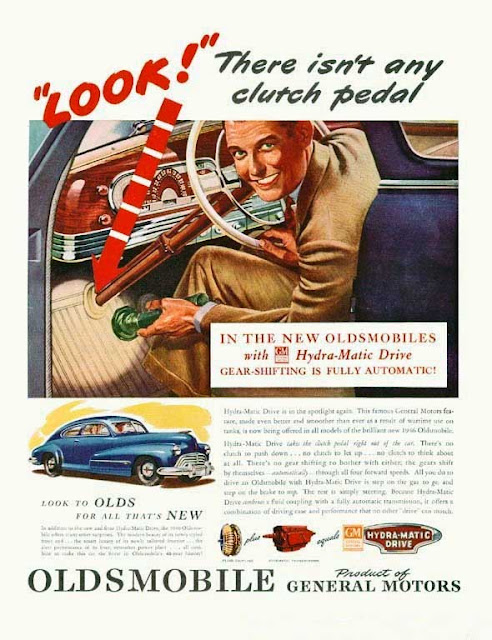 Except for paint and some trim items and replacements like tires, this car is completely original and in showroom condition. An older complete reconditioning has preserved this spotless beauty so that you might enjoy it for many years to come. Although it was recently professionally appraised conservatively at $26,000, you can own this lovely 1948 Oldsmobile at a price well below the market value. Proudly enjoy this vintage Oldsmobile. Don't wait until someone else buys it.